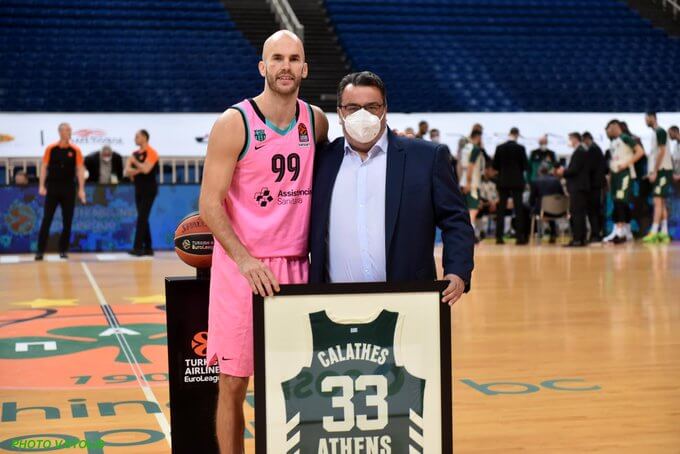 Panathinaikos honored Nick Calathes for his great contribution to the club for 8 years!