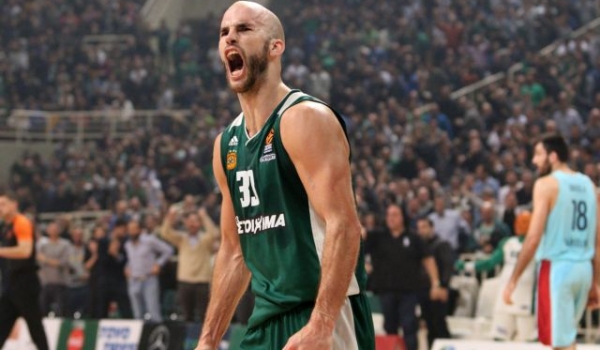 A passing genius and court general with few peers, Nick Calathes has embodied the winning passion of Panathinaikos Athens for much of the 2010s. He started the decade by helping the Greens win their last continental title and ended it having set EuroLeague records in assists as the team’s undisputed leader.

At his first Final Four in 2011, Calathes led Panathinaikos in scoring with a team-high 17 points in a semifinal win that led to the club’s sixth title a couple of nights later. He and the Greens returned for the 2012 Final Four but lost their title defense in the semis. A year later, Calathes won the EuroCup title with Lokomotiv Kuban Krasnodar as that competition’s MVP.

Calathes returned to Panathinaikos and the EuroLeague in 2015 and has not stopped wowing fans since. In each of the last two seasons, Calathes led the EuroLeague in assists and was chosen to the All-EuroLeague First Team. He also became the just second player this century to register a triple-double – although he has threatened the feat several more times – and set a playoffs record in assists with 16. No player has more steals this decade than Calathes and he ranks first in assists per game. Simply put, when he takes the floor, Calathes puts opponents on their heels and fans on the edge of their seats with his unique basketball wizardry.