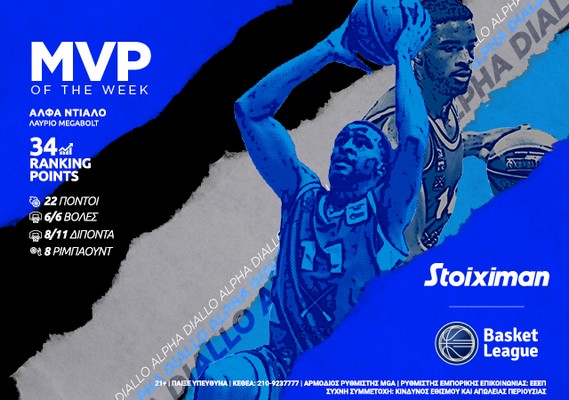 Diallo was firstly named MVP this season against Aris, when Lavrio grabbed a crucial on the road win at 14th Game Day.